View all results (0)
No products found...

Welcome, guest, you can Login or Create an account 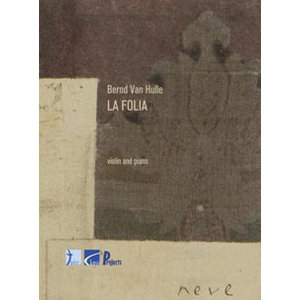 Incl. tax
Not yet rated
Add your review

Add to wishlist Add to comparison

Recent research suggests that the essence of the ‘early Folia’ was not a specific theme or a fixed sequence of chords but rather a compositional-improvisational process which could generate these sequences of chords. From out of this thought this piece came to exist. The idea was that from out of a total atonal improvisation we search, through improvisation and structure, the way back to tonality. This piece was the compulsory piece written for the final exams at the Academy of Performing Arts Overijse (2016). Later Elisa Kawaguti suggested some changes in the violin part and was it performed in 2017. Every variation in this piece also refers to a certain stage of madness that one can feel when being overwhelmed by certain emotions.

0 stars based on 0 reviews Add your review